Thats right I have qualified for the BLAC Final 2014 !! 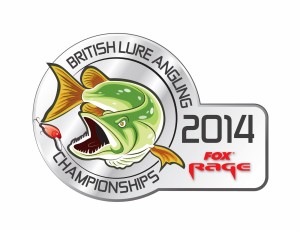 On Sunday 7th September  along the River Tone I managed to scrape out a 6th place finish and seal my place in the inaugural BLAC Final 2014 to be held on Saturday 4th October on the famous Chew Valley Lake.

I have to say I am over the moon to have finally been able to crack one of these qualifiers having already fished in two qualifiers previously and come up badly short on both those occasions. I could not help but think that I may not actually make it to the final well that thought is now a distant memory as I start laying out my preparations to land some mammoth pike, but before I get carried away with telling you all about the final I will tell you all about how I qualified.

The 7th round of qualifications was held on the river Tone  and for me that represented a 334mile round trip and with my schedule I could not make it a day trip so needed to travel up the evening before and stay in a local B&B. What a little gem of a place I found for a cool £45 I had all the comforts that you could ask for, it is called The White House and I would definitely recommend a night there if you are in the area and need a well kept, clean friendly place to stay.

After a good nights sleep I was up showered in the car looking for a coffee shop as the meeting point was only about 30mins drive from the B&B. With my cup of coffee in hand I was soon registering for the event and it looked like this was going to be a very well attended qualifier with well over 20 anglers registered to attend.  The draw was done and I was very pleased to be paired with Martin Ferret the owner of the Lure Lounge a fantastic online store that stocks some really great tackle from the likes of Zman, Fiiish and Trokar if you get a chance to I would recumbent a visit  to his online store at www.lurelounge.co.uk or click on the image below. 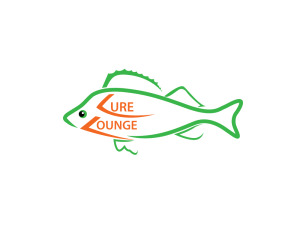 Once we were paired Martin and I decided to travel up to the north weir with the idea that we would work our way back down targeting the chub, perch and pike.  In terms of my tactics for the day I had done my research before hand and I was very comfortable with my plan. I think it is fair to say that this stretch of water  is known for its big schools of chub and on the right day you could be bagging 10-30 of these easily on small crank baits, but I did not want to limit myself to only being able to target the chub so I took a variety of tackle so that I could target Chub, Pike and perch with different lure presentations should the right conditions present themselves.  I know that I was probably carrying  more tackle and rods with me on the day than most the other anglers but it paid off for me because I am not local to the area and had not fished this stretch of water before and if something did not work I needed to be able to try something different especially if I wanted to be able to qualify for the BLAC final 2014. I can tell you that all my tackle was geared up for small to mid sized fish with three rods all loaded with Quantum Quattron Low Stretch  from 5Lb to 12lb line.  I had a selection of crank baits, rubber lures, spinnerbaits and jigs for the day.

I have to say the day started out promising for me as I managed to land a Jack on a 8cm Purple moon battleshad  within the first 30 mins of fishing, once Martin had helped me measure the fish I really thought that this was going to be a heavy hitting day as this fish had come out of the first swim that we had tried and Martin had said that he had a follow on his Zman Chatterbait from a sizeable Perch.  In the next two hours Martin had landed a nice chub on one of the Fiiish black minnows but the pair of us had not been able to tempt a sniff from anything else. Knowing that we had both only caught one fish each was starting to play on my mind as I did think that other anglers had to have been landing several fish in the first couple of hours. My mind was was soon put at ease when we started moving down the river and passing other anglers who were reporting catching no fish at all.

Whilst we were walking up the river we passed one of our friends Aaron Sokhi who was busy landing a lovely chub on a small crankbait and we decided to fish the area near by in the hope that Aaron’s Chub’s mates would be hanging around. Well it did not take me long to find these “mates” and I started casting my small crank baits and surface lures past the fish and bringing the lure through the school of fish which were swimming up and down the margins in the shaded areas, as fishing quite often goes frustratingly they were not interested at all in any of the cranks that I cast at them. I changed to the 8cm Purple moon battleshad to see if  that would tempt them and “man oh man” I very nearly hooked what looked like a good 35-40cm chub right in the margin in what could have only been about 10cms of water. How I had tempted this chub was working the battleshad just under the surface of the water with a steady retrieve I watched the Chub turn and follow the lure towards the bank and at the last minute lunge at the shad. I made the error of trying to strike before making sure the fish had totally engulfed the lure which resulted in me pulling the lure from the fishes mouth and not getting anything, leaving me wide mouthed as I watched the water churn up and the fish dart away. Although very frustrated with allowing myself to miss such a great opportunity the way the fish were swimming up and down the margins in the shallow water did give me a clue that they would be hanging around shaded areas which would later help me land a fish.

Martin had by now noticed the schools of chub in the margins and we agreed that we would try to move across to the opposite side of the river and cast at the schools of fish to hopefully entice a bite,  I think all we managed to do was scare the fish off with our lures landing on the water around them.

It was now lunch time and we had passed a few anglers that had caught a couple of fish but by no means was this water performing as good as we thought it would be. Martin and I had decided after moving back up the river to the weir we had originally fished earlier in the day, that we would move through town to the lower weir. As we came up to the car park there was a stretch of water that did not look very enticing as it had high banks and not a lot of structure around but we gave it a go as you never know what may turn up.  We fan casted the area for a while and using the knowledge that I had come across earlier with the chub hanging around the shaded margins I made a cast along the shaded side of the bank again with a 8cm battleshad this time in the Rainbow pattern and BOOM… I had a decent jack on this one of about 40cms in length again Martin helped me land the fish and witnessed the catch for me. There was definitely a pattern emerging here.

As we moved into the afternoon session of the qualifier and in my efforts to make the BLAC 2014 final we cam across huge schools of chub just below the surface and like all the other anglers we became very frustrated with the fact that we could see the fish but could not get them to take any of our lures and we tried everything, they were just not interested. In my opinion this was because the sun was high it was very warm and the chub were enjoying sunning themselves.  Martin and I worked our way right down to the bottom weir but could not get a sniff. At this point I was skipping a weightless 4″ Zoom Swimming Fluke in Smoking shad over the tops of cabbage patches to get the lure into the deeper water on the opposite side of bank to try and tempt these chub to taking something a little bit different just below the surface.  It was at that point that the sun started to move behind some clouds and we started to notice the Chub start taking insects of the surface of the water. Martin and I were fishing the final bend before the stretch of water that goes past the park with all the children’s jungle gyms, and what I was doing was waiting for the Chub to boil on the water and casting my Fluke as close as possible to that boil in the hope that the chub would react to the fluke, and it worked on one occasion Martin pointed out a boil to me to which I casted and before I could click the arm bail over the fish at tightened up the slack in my line and jumped full out the water with my lure engulfed in its mouth I did not need to strike but did just in case and reeled in a decent 25cm chub BOOM…. I was really pleased to get this fish towards  the end of the day but more pleased because of the way I caught it and that is what lure fishing is all about. Trying different things out until you make something work for you which is what it did for me on this occasion.

As Martin and I headed back to car park for we discussed the days events and both agreed that this water had fished harder than we thought it would as did most anglers. Martin was adamant that from what we had seen during the day I had done enough to qualify I was not to sure but it was all confirmed when my name was read out as having taken the last spot at this days qualifier. I could not have asked for a better way to end a great day of challenging fishing I had great company through out the day with Martin so thank you buddie I look forward to fishing with you again in the future.

As I wrap this story up the more I think about it the more it is obvious to me that catching that Chub in the unusual way that I did was what made it possible for me to qualify and like I said this is what lure angling is all about trying different things and using the clues that you get from the day to make the fish bite.

A big thank you to Julian Chidgey for arranging this event as usual it was well organised and ran like clock work even though you were not there and thank you to my angling sponsors Quantum Speciailist of Zebco Europe your ongoing support helps me catch more fish, more often period.