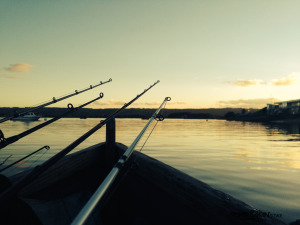 Yes, thats a wrap on my lure fishing year 2014 and It has been a really exciting year for me as I had endeavoured to improve my skills as a competitive lure angler. If you read my post on UK Lure fishing in 2014 I mentioned that I had entered myself into trying to qualify for the Team England Lure Squad as well as qualification for the final of the British Lure Angling Championships by Fox rage.

These two tournaments were my big areas of focus this year and sitting here thinking about it I did not do too badly with those goals. Whilst I did not perform to the standard I expect of myself I have taken away from those experiences a few valuable lessons in competitive lure angling.

The year kicked off with the qualifiers for the Team England Lure Squad which I thought would have attracted a lot more anglers, the first qualifier was at Esthwaite where there was a total of 6 anglers meaning that we all automatically qualified for the final on the first day I lost a big fish which was my first lesson of the year always use trailer hooks on my spinnerbaits when fishing competitively. I had also entered for the Bewl qualifier where there was a few more anglers I think 12 in total where I finished in 6th place with 7 pike giving me double qualification for the final. The final was good fun taking place over a two day period I fished with a chap I went to school with who is now a big time Shimano team angler and who ended up making the team. I did not make the final squad and fair enough I did not have the focus for two days of fishing another lesson learnt. I supported the team as much as I could which you can see in my earlier posts on Support the team England Lure Squad and Support the Team England Lure Squad Update. I did also manage to send them a pack of assorted Quantum Specialist lures that they could use in France. They finished in 7th which is an improvement on 2013 and I am sure there will be goals to be better in 2015. Having now fished fairly regularly competitively I have noticed a few anglers that consistently do well in a competitive environment who I believe could easily give the Team England Lure Squad a run for their money. I really hope that when the trial dates are set for 2015 there will be a better response from anglers around the UK to want to make the national team. I will throw my name in the hat for these again as I really want to be able to compete at a national level and say we were able to whip everyone else.

A lot of my angling highlights came out of fishing the British Lure Angling Championships by Fox Rage. I really can’t speak highly enough about what Julian Chidgey and Fox have done for competitive Lure angling with this tournament. Which is going to go from strength to strength in 2015 and beyond. I fished in 4 of these events coming in mid table for most and then qualifying on the River Tone with a 6th place and had an awesome final coming in 15th out of 50+ anglers on the great Chew Valley Reservoir. Needless to say I am really looking forward to the British Lure Angling Championship 2015 I hope that there will be many more anglers that will get involved in the 2015 events, they really are very well organised you will meet anglers who share your passion and of course there is the competition to test yourself against other anglers.

To sum up my competitive fishing year It was very challenging at times I did not do as well as I thought I should have because of my competitive nature I want to win everything but understand that this is not realistic even the great KVD does not win all the time. Having said this I am content on now knowing where I stand and what I need to do to get better and start winning some of these competitions.

Finally I want to give thanks to all those that have supported me in my efforts in 2014 as all those close to me know how important fishing is to me to all my family and friends for their encouragement to Zebco and Quantum Specialist for their professional help and finally to my beautiful wife Justine your support and encouragement means the most to me. Thank you all thats a wrap on 2014.

I fished in the Team England Lure Squad Trials Llangorse Lake the grand final over the weekend of May 17and 18th its hard to believe that it has already been a month and a half. […]

I made a last minute decision to fish in the very first Zandermasters at the end of August and it was fantastic. I say fantastic not because I placed well or caught a lot of […]

Over the years in one form or another I have reflected on the previous year’s highlights and lowlights. Fishing in 2021 was a year to re-group for me.  Off the back of a hard 2020 […]